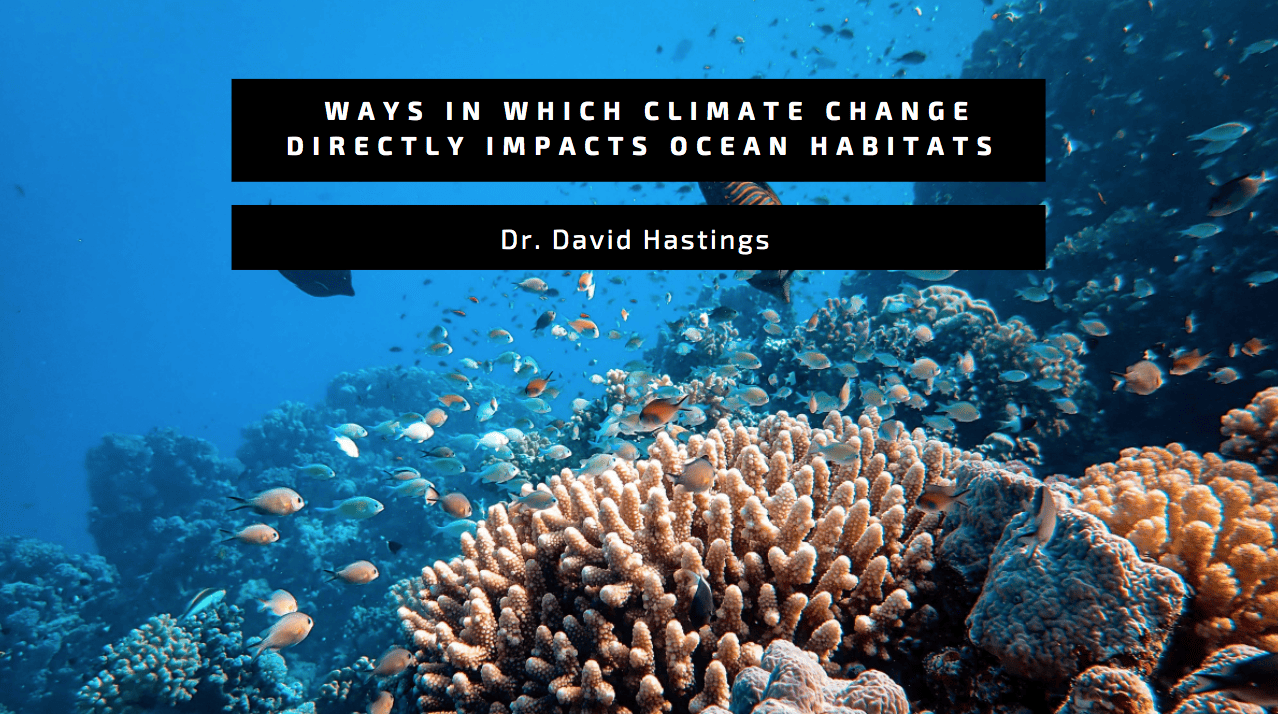 Dr. David Hastings, retired college professor, outlines just some of the many ways in which climate change is directly impacting the world’s precious ocean environments.

Responsible for regulating the planet’s climate, the world’s oceans are a global force of nature. Mediating temperatures, determining rainfall, and generally driving the weather across large swathes of the Earth’s surface, they are also at serious risk of destruction from changes to the climate itself, largely as a result of human impact. A celebrated ocean advocate, retired college professor Dr. David Hastings demonstrates how changes to Earth’s climate driven by humans are directly threatening our vast, but now increasingly vulnerable, oceans.

Covering more than 70 percent of the Earth’s surface, the world’s oceans serve as its primary life-support system, with over 80 percent of the global carbon cycle circulated through the planet’s marine waters, according to Dr. David Hastings. “Our oceans provide us with 50 – 80% of the oxygen that we breathe,” adds the retired professor.

The damaging consequences of human impacts, as retired professor David Hastings refers to them, are now impacting the world’s vital oceans on an almost unimaginable scale, the expert reports. The most egregious are related to climate change. “Increasing carbon dioxide emissions mean that the planet’s oceans are now absorbing almost a third of the carbon dioxide we produce,” says Dr. Hastings, “which causes the surface ocean to become more acidic.”

Our oceans, retired professor David Hastings goes on to reveal, also absorb about 90% of the excess heat that results from human-induced global warming. Since the oceans store heat over long periods of time, they play a central role in stabilizing the Earth’s climate. “We have the oceans to thank for a stable climate, and for absorbing most of the warming caused by increasing amounts of heat-trapping gases including carbon dioxide,” adds the celebrated ocean advocate. 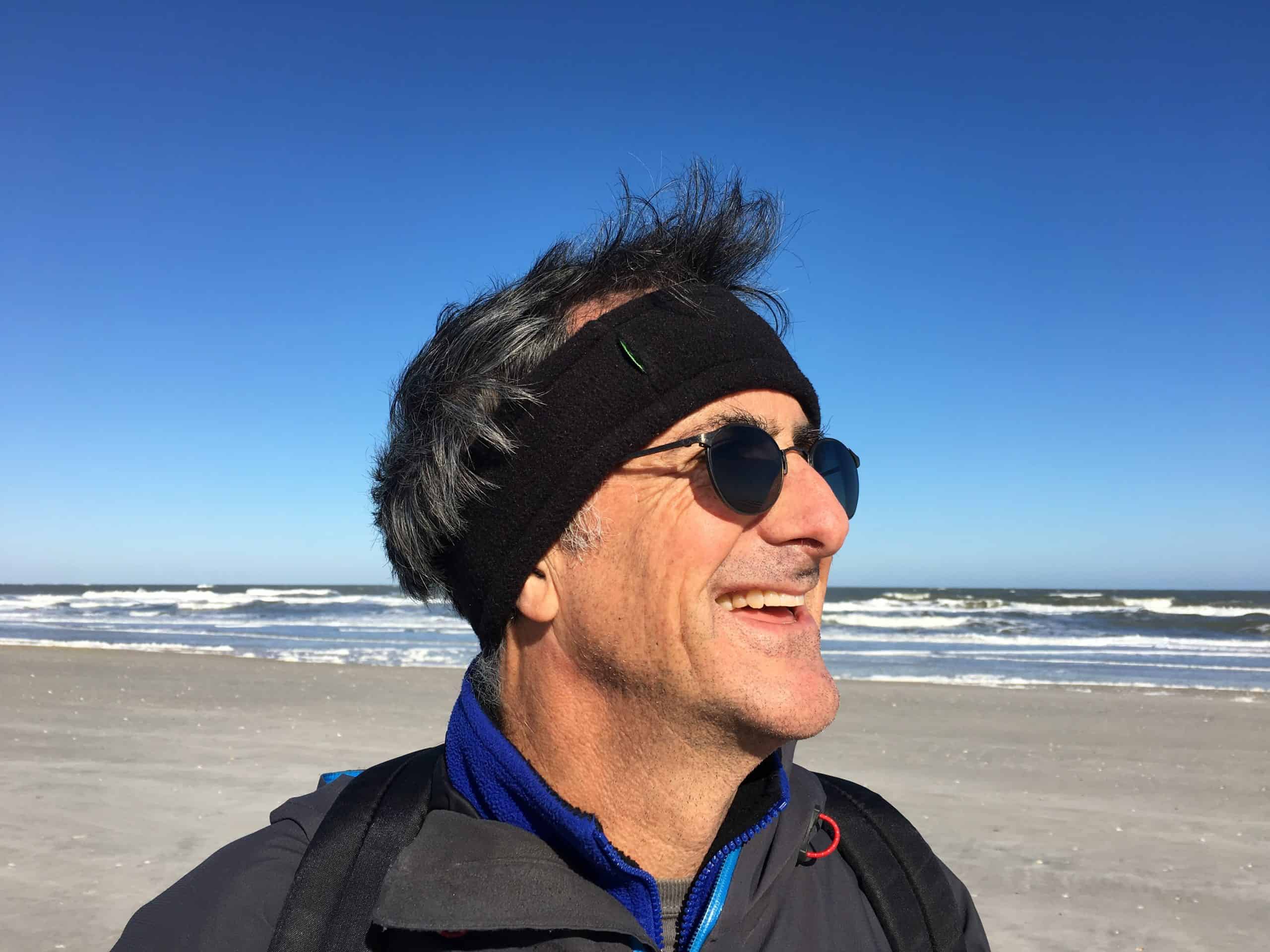 The warming of ocean water is raising the global sea level because water expands when it warms. Combined with water from melting glaciers on land, the rising sea threatens natural ecosystems and human structures near coastlines around the world. Warming ocean waters are also implicated in the thinning of ice, both of which have further consequences for Earth’s climate system. Finally, warming ocean waters threaten marine ecosystems and human livelihoods.

The result? “Rising ocean temperatures,” reveals Dr. Hastings. The warming of ocean water raises the global sea level because water expands when it warms. Combined with water from melting glaciers, the rising sea threatens natural ecosystems and human structures near coastlines around the world. Especially at the ocean surface, scientists are measuring significant temperature increases. The surface is also where most life resides in the ocean. “The higher temperatures affect many different marine organisms, as we are already seeing in the degradation, deterioration, and destruction of the planet’s coral reefs; the impacts are further-reaching and affect many other ecosystems,” the retired professor explains.

The outcome? In addition to melting of ice sheets, changing ocean currents, and habitat degradation, on land, more extreme weather events are also to be expected as climate change begins to directly impact life both in the ocean and ashore, studies have shown.

According to retired college professor David Hastings, basic ocean chemistry is changing faster now than ever before. With rising temperatures and increasing acidity levels-a direct impact of climate change caused by humans-experts such as Dr. Hastings predicts that the world’s oceans could be permanently damaged in just the next two decades.

It’s with this in mind that retired professor David Hastings and fellow conservationists are calling for action to address the issue. Together, they are seeking to secure a healthy global climate, pivotal to the future of the planet’s precious marine environments, by urging world leaders, businesses, and communities to embrace climate negotiations and take whatever steps necessary to save the planet. “Use your voice,” adds Dr. Hastings, wrapping up, “and demand climate action today.”